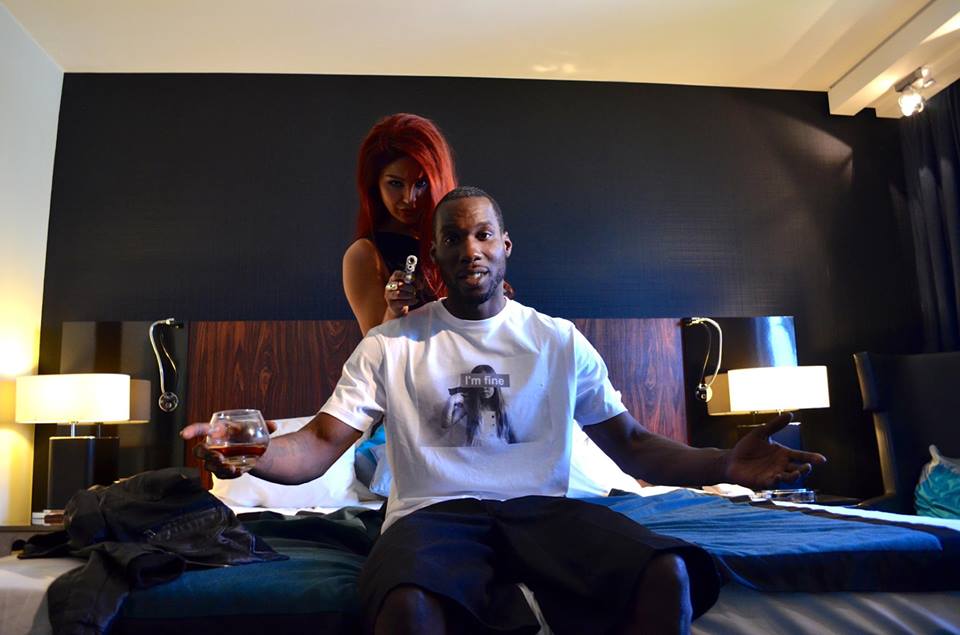 The music video is more of a short film which portrays more of the drink “Hennessy” as a grown man’s drink. A top shelf drink for the man who struggles for the best in life.

The intro music is reminiscent of the 60’s track by Sam Cooke “A Change Gonna Come”. It does take you back to that era of trials and tribulations by African Americans. A time when there was demand for change in equality. You see that in the film as Young Crhyme aka Money Mendoza sits in his hotel room sipping on some Hennessey and watching Martin Luther King on TV. It portrays a time when Black Men were looking for their top shelf Cognac such as the drink “Hennessy”.

Meanwhile, the main track is a sample from “Ashanti’s Rain on Me” beat uniquely put together while Young Crhyme flows to it. You also get a lil bit of ice cube’s “Today was a good Day” beautifully intertwined into the track.

The story line to the film is intriguing just like a Bonny and Clyde story but in a more modern time/set. Santa Marta plays the role of Bonny, a ride or die bitch who is ready to kill for her man. You will definitely love the short film and most especially the music.

Two thumbs up to Young Crhyme, all the actors and actresses, and last but not least, the director/film editor. Great Job!! Guys