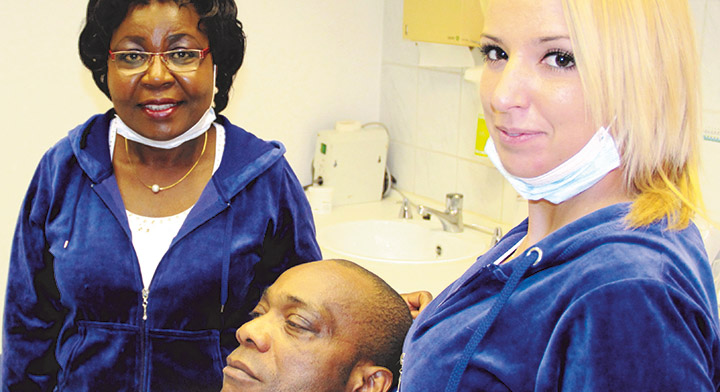 Four years ago a publication was made Ghanaians living in Hamburg, Germany demanding answers from authorities about the rampant death of their countrymen. Years have passed but the toll of such deaths has neither ceased nor decreased. It is clear that death is inevitable but the frequency and circumstance is what is worrying.

It is upon this back drop that a discussion on that topic was held on the health show hosted by Effya on TopAfric radio and was covered by the NDR Das. This could be a huge step to drawing the attention of the right authorities to come to the aid of the Ghanaian community.

Within the public sphere the theory such as doctors intentionally killing their victims is purported to be one of the causes of such deaths.

During the radio discussion the following factors were enumerated to be possibly contributing to such premature death; Irresponsible self medication, unhealthy and sedentary life styles, physical inactivity, under utilisation of the health care system, religious and cultural beliefs and practices, ignorance and lack of information, double and quadruple jobs to cater for families and acquisitions of properties back home, genetics, environment etc.

Recommendations to counteracting the problem will be to negate the above enumerated possible causes.

As public Health scientists we see the issue as public health emergency which threatens the human security within the Ghanaian community in Hamburg. An anecdotal evidence of the issue at stake could be true but not enough deal with the problem.

To a achieve the desired result, a holistic approach is needed hence an urgent need for scientific research that encompasses needs assessments , data collection, analysis  and findings to draw and implement a comprehensive public health intervention which is participatory and culturally tailored to mitigate the problem.

The negative impacts of the continuous premature death of Ghanaians cannot be overemphasised. It affects the families and society at large as well as the economy here in Germany and Ghana. For this reason we would like to call on stakeholders to support the worthy course by funding such project. We are looking up to the Ghana Embassy, German Health ministry and other such interested institutions to heed to this call so as to ensure that such premature deaths would be a thing of the past through the implementation of public health interventions.
Ghanaians dying premature in Hamburg!!!