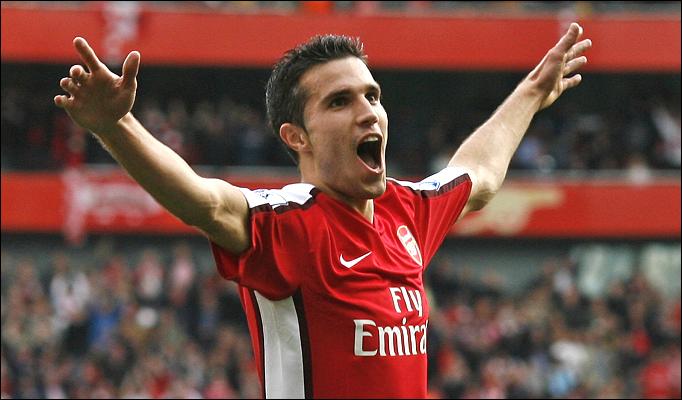 Wenger spoke in the Malaysian capital Kuala Lumpur, where Arsenal arrived for the first leg of a three-match Asian pre-season tour minus the 28-year-old who rejected a new contract offer from the Gunners earlier this month. “Robin van Persie is a world class striker,” Wenger said, adding: “You know I am a big supporter of him.”

The Arsenal manager said the striker, who won both the Players' and Football Writers' Player of the Year awards last season, was “in demand” but added: “Our desire is to keep Van Persie.” Wenger hinted, however, that the Dutch international may be allowed to leave for the right price. “At the end of the day, we will do what is in the best interests of the club,” he said.

Van Persie, who scored 37 goals in all competitions last season, stunned Wenger when he declared after Euro 2012 that he wanted to leave because he felt the north London club's ambitions did not match his own.

The striker has a year left on his current deal and Arsenal will be considering whether to cash in on their prize asset, rather than see him leave for nothing on a free transfer at the end of next season.

Van Persie's shock announcement that he would not be extending his contract beyond the end of the forthcoming campaign prompted a number of clubs, including Manchester United and Juventus to express interest in the star.

United manager Sir Alex Ferguson confirmed a bid for Van Persie had been made but it is believed Arsenal rejected it because they want at least £20 million for the player.

Arsenal left England Saturday for their pre-season tour to Asia, which will also take in visits to China and Hong Kong, with the club opting not to take Van Persie.

Ahead of their departure Wenger told the club's website of his desire to keep Van Persie at the club.

The saga surrounding his future threatens to become a carbon copy of those that saw Cesc Fabregas and Samir Nasri sold to Barcelona and Manchester City respectively last year, even though Wenger was desperate to keep both players.

Arsenal are due to play a Malaysian XI on Tuesday before facing Manchester City in Beijing on Friday.