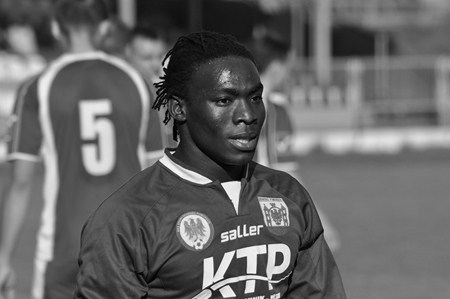 A Nigerian footballer, Joshua Pepple on Saturday died on the pitch while in action for his Polish Regional League side, Pomorzanin Nowogard.

Pepple was born in Port Harcourt on June 7, 1988. The attacker joined Pomorzanin Nowogard at the beginning of the 2012/2013 season from another Polish side, Drawa Drawsko Pomorskie where he played in the 2011/2012 season.

The 24 year old had not scored a goal for his new club before his untimely death.

The cause of his death is not certain yet, but he was believed to have suffered a heart failure.