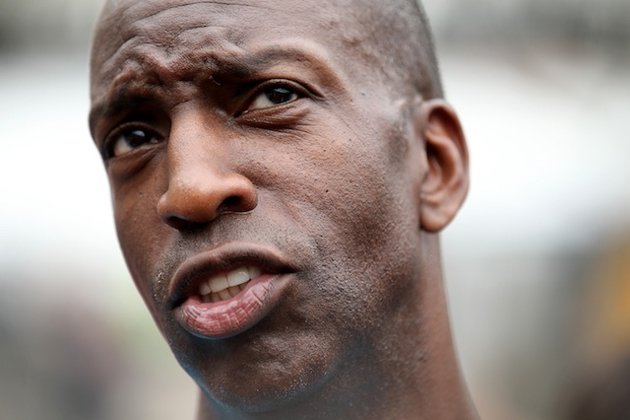 In the lead-up to the London Games, he's trying to broach the controversial topic.Johnson, who recently had his lineage traced back to West Africa as part of a British documentary, told the Daily Mail that slavery has "left an imprint through the generations."
The eight men who ran in the 100-meter finals -- all African-American or African-Caribbean -- in Beijing are believed to have been descended from slaves, according to the documentary.
"Difficult as it was to hear," Johnson said, "slavery has benefited descendants like me. I believe there is a superior athletic gene in us."  The Daily Mail explains:
Some scientists believe a combination of selective breeding by slave owners and appalling conditions meant that only the strongest slaves endured, creating a group predisposed to record-breaking athletic performance.  African slaves underwent a rigorous selection process and only the fittest were transported on ships.   Johnson's views on the genetics of slavery and his allusions to eugenics have been mostly ignored in the United States.

The interview with the Daily Mail was published last Wednesday and barely made ripples across the pond. For good reason: It's a third rail topic in the states. Even intelligent debate on the subject runs the risk of becoming controversial. Any statement is treated as polarizing.  The comments section on the Daily Mail piece is a fine example. Either Johnson is a hero for bringing his views to light or he's ignorant for his "trash" beliefs. There's no middle ground in a topic like this.