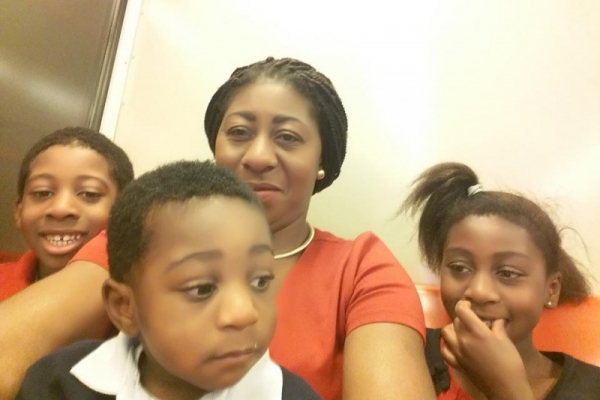 A fire in Helsinki has caused the death of a Ghanaian woman and her three children in the early morning of Friday. It is believed that the 40-year-old mother, known at this moment as Nana Ago and the children were sleeping at the time of the incident. The ages of the children are 8, 7 and 3.

Report from http://yle.fi indicates that a neighbor had called the police after noticing the fire in the early morning of Friday before 3 am. The report says that the Fire and Rescue Services reached the scene eleven minutes after they were called and they were able to extinguish the fire quickly. However, resuscitation attempts to save the lives of the victims failed.

The father and husband of the victims, John Owusu, who is also a board member of the Ghana Union Finland, was at work at the time of the incident. It is believed that the fire started from the sauna in their sixth-floor apartment and that the victims had died out of suffocation.

The police are still investigating the cause of the fire. The fire affected no other apartments in the building.

According to the Financial Secretary of the Union, Kwame Afreh, some executive members of Ghana Union Finland have paid a visit to the bereaved family in Helsinki.

The incident has been a shock to the entire Ghanaian community in Finland and some have already sent words of condolence to the bereaved family through various social media platforms.

In order to give Nana Ago and her kids a befitting Burial while supporting her husband she left behind who lost his family as well as all his belongings in the fire, It would be great if everyone could support the bereaved family in this difficult time by donating .
Simply click here to donate https://www.gofundme.com/8p-burial-of-ghanaian-mum-and-3-kids