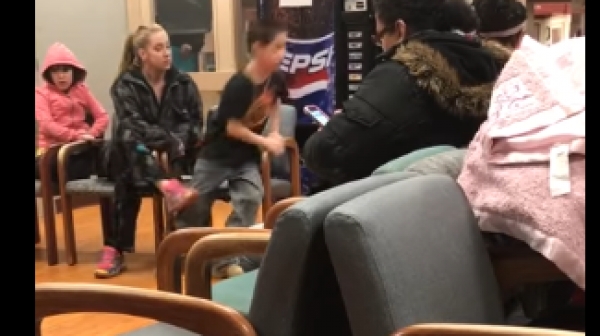 A little white boy was upset that they had to wait for quite some time while at the doctors office and became very angry as well as aggressive with his mom.

The little boy tried running away at first but mum went after him and put him back in his sit. Then a few minutes later while she tryed to restrain him from moving, he goes ahead to hit her and pull her hair.

People in the room simply sat down and watched the entire scenerio and did nothing or say nothing to help the woman. What ever happened to "it takes a village to raise a kid". I guess not with this current generation.