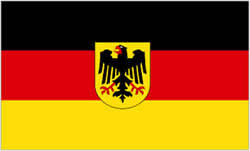 Places where German deficiency is felt the most are the Ausländerbehörde (aliens authority for residence permits' applications) and the Einwohnermeldeamt (local residents' registration office). Kassel is still not as international as Munich, Frankfurt, Düsseldorf or Hamburg

How did you end up where you currently live in Germany?
I come from Mianwali - Punjab in Pakistan, the same town from which the famous cricketer-turned-politician Imran Khan comes from. I came to Kassel for my Masters in Electrical Communication Engineering in October 2008. After completing my studies in 2010, I was hired by the University of Kassel as a Wissenschaftlicher Mitarbeiter or research assistant, also in the field of Communication Engineering, whereby I am also doing my PhD.

What do you like to do for fun in the city?
I love taking a stroll in the historical Karlsaue Park, on the western bank of the river Fulda, that contains the Orangerie palace (built by Landgrave Charles between 1654 and 1730).

Do you need to speak German there?
Yes, you do. Basic German is needed for most day-to-day tasks. English is not much of a problem at the University though. Places where German deficiency is felt the most are the Ausländerbehörde (aliens authority for residence permits' applications) and the Einwohnermeldeamt (local residents' registration office). Kassel is still not as international as Munich, Frankfurt, Düsseldorf or Hamburg.

What should a visitor not miss in your town?
A visit to the Bergspark Wilhelmshöhe, now a UNESCO heritage site, is a must. The monumental water displays, begun by Landgrave Carl in 1689, are a treat to watch and so is the lighting of the park at night on the first Saturday of each summer month. A climb up to or down from the Herkules monument gives great views of the city of Kassel and its surroundings.

What is your favourite spot/activity there?
A walk on the bank of river Fulda on the border of the Karlsaue Park. An occasional hike up the Herkules monument in the Bergspark Wilhelmshöhe is something I enjoy too.

Tell us something about your German hometown that only a local would know.
A view of the city centre atop the Galeria Kaufhof building at the Friedrichsplatz is something only locals know. I got to know of it after four years only through a local who gave us a short guided tour through the city centre

How much longer do you plan on living in Germany?
My PhD will probably take another two years, after which I plan on post-doctoral research. I see myself here for at least another three years or so.

Have you had difficulties in Kassel?
Not at all. The existence of an international community here made it easy to settle down. Since the masters program I was enrolled in is an iternational one, we had international tutors to help us out during our first days in Kassel. In terms of daily life, Kassel is a small city, and as such does not have the usual hustle and bustle of a very large city, the long commuting times, the many transfers on public transport etc. Life here in the very green Kassel is peaceful!