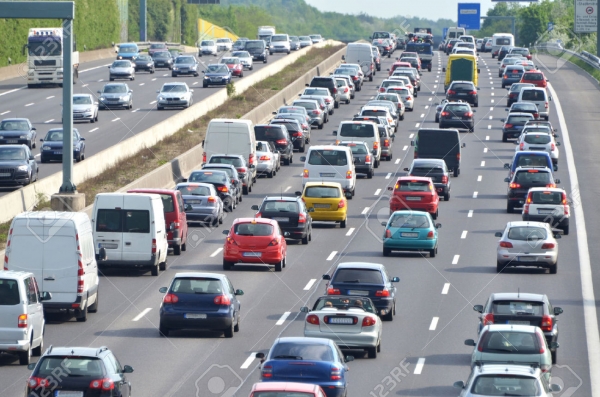 Germany has finally come to an agreement with the European Commission on its new road toll, but neighbouring states who most often use its motorways are not pleased. The Commission has long fought Germany over its new toll, passed by the German parliament last year, but put on hold due to an EU objection. However, on Thursday the two sides at last came to an agreement.

But while Brussels has given the toll the green light, Germany now faces opposition from its immediate neighbours. The Netherlands said that it wants to file a case against Germany with the Court of Justice. Austria, too, has said it will “very closely examine” the new compromise, and that it has not ruled out joining in a lawsuit.

“And if is clear that Austrians will be discriminated against, then we will fight against the toll with all resources, and that means of course with legal resources,” said a spokesman from the ruling SPÖ party on Friday to broadcaster Deutschlandfunk. Belgium and Denmark have also said they may join if the Netherlands takes the case to the Court of Justice.

The Commission had previously called the originally proposed toll plan “discriminatory” because it mainly charged foreign drivers, including those from EU member states, and therefore had threatened to take Germany to the EU Court of Justice for violating EU law.

But under a new version of the plan, the toll will be linked to the emissions of cars, meaning Germans whose cars are more environmentally friendly will get more of a tax relief. Previously, all German drivers were to receive a rebate on their motor vehicle taxes, which the Commission had objected to. Proposed charges for short-term visits have also been cut.

Germany is one of the only EU countries that has thus far not been charging for the use of its motorway system.
The Local

# Topafric - Green Light for "Road Toll' Collection in Germany — Jacob 2019-12-29 04:45
Excellent post. I used to be checking constantly this weblog and I am impressed!
Extremely helpful info specifically the closing phase :
) I take care of such info much. I was looking for this particular info for a long time.
Thank you and best of luck.