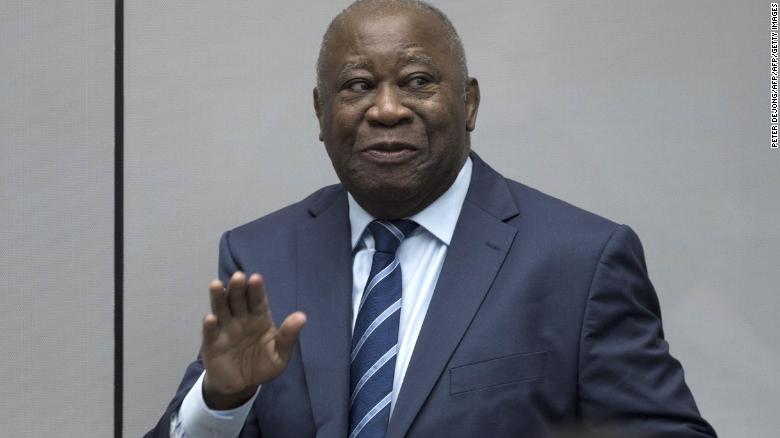 The former President of Cote d'Ivoire Laurent Gbagbo has been acquitted of all charges of crimes against humanity by the International Criminal Court in The Hague, an ICC press officer tells CNN. Gbagbo, who ruled the West African country from 2000 till his arrest in 2011, had been on trial for violence in the country following the 2010 elections.

The Netherlands court said prosecutors were not able to prove his guilt nor that of his co-accused Charles Ble Goude, a former minister in the country. The prosecutor may request that he remains in detention, the court press officer says. The ICC judges will hear that possible request Wednesday morning at 4am ET.

Ivory Coast suffered months of violence when Laurent Gbagbo, the incumbent, refused to step down after Ouattara was declared the winner. Thousands of people died and hundreds of thousands were displaced during the civil war that broke out. Gbagbo was arrested a few months later and taken to the ICC court where he faced charges of crimes against humanity in the West African country, also known as Cote d'Ivoire.
CNN