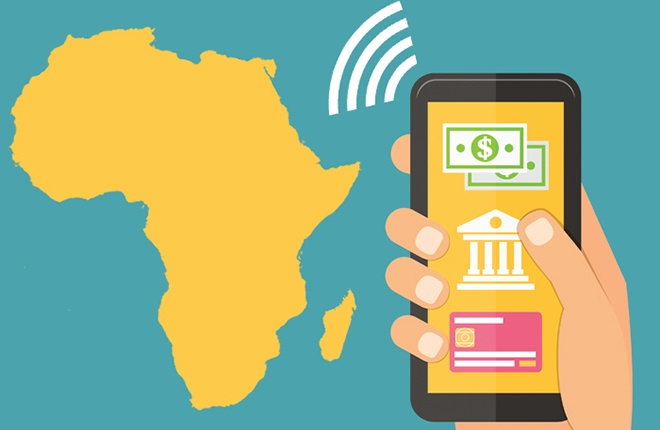 One of the greatest achievements of the technological era can be found in cross-border financial transactions. There was a time not long ago when an immigrant could not support her family in critical times unless she had a bank account with funds in it in her country of origin. That seems like ancient history in the world of today where within minutes, a Ghanaian or a Kenyan immigrant in Berlin or Boston could remit funds for food or medical check-up to a relative back home. However, some of the online money transfer agencies that have afforded us with such conveniences are high risk because they are susceptible to fraud.

Those who deal with money transfer agencies on a regular basis know that the money transfer business is split between the traditional agencies like Western Union and Moneygram and the predominantly online agencies like World Remit, Azimo, Homesend and Slypay. While the traditional agencies have the advantage of being far more recognizable and secure, they are also more expensive, have lower exchange rates and can be inconvenient. For instance, no form of identification other than a passport is accepted from a foreigner at any Western Union branch in the Eurozone and some do not even accept any form of payment other than cash. This may seem like a first-world problem until you find yourself with an expired passport that costs between 200€-300€ to renew plus a trip to the capital city and a waiting period of more than a month; or until you find yourself at a Western Union branch located 30 minutes away from your home but you have only a debit card and your residence permit in your back pocket. And to my knowledge, no Western Union or Moneygram branch transfers money directly to a bank account or a mobile wallet.

In come the predominantly online money transfer companies that require no passport and are able to remit funds directly to the bank accounts and mobile wallets of friends and relatives across borders. Thanks to them, remitters do not have to rely on a middleman to take money from a local branch in a place like Accra and deposit it into the bank account or the mobile wallet of a relative. But a loophole in some of the companies` transaction system put remitters` money at risk of being stolen by frauds.

This loophole I discovered from personal experience stemming from a transfer I made on January 3, 2019. It was both the second time I transferred money to Ghana through Azimo and to a mobile wallet. The money, which was intended for a relative, was registered in his mobile wallet sometime in the afternoon of January 4th and shortly thereafter, he received a phone call from someone who claimed to be a representative of the company that had sent the money to him. This individual knew how much was sent, when it was sent and obviously the recipient`s phone number. My relative was told that he had to return the funds he was wrongly sent or his number would be permanently blocked. Out of fear, he complied. But he did so for one critical reason: the money he received earlier that afternoon did not have the sender`s name (mine) associated with it. In fact, it only said that the money had come from Azimo`s local partner, Homesend Remittance. The absence of a sender`s name gave him a reason to believe that the funds were indeed wrongly sent to him as claimed by the caller. Turns out, this caller was a fraud. 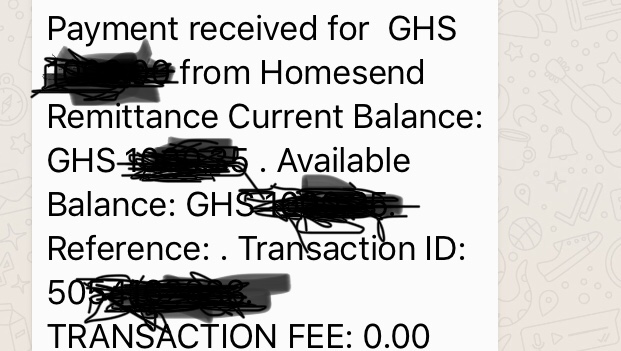 In the days following this development - which I learned about on January  5- I reached out to Azimo through its online customer representatives and while they were patient and courteous with me, I could not help but notice that they had no interest in admitting any wrongdoing. How come the transaction details did not include the sender`s name contrary to what I was told? How did the caller get exactly right the amount of money transferred in addition to the recipient`s phone number? These were the questions for which I did not receive an answer. Since only two parties were previewed to information about the transaction, it is relatively easy to guess from which side it got out. For my part, I was told in writing that the sender`s identity is included in the transaction details received by the recipient. Could I have stolen my own money and asked for a refund? That is not possible. For one, I have been sending money to Ghana since I was 17 years old and this experience I had never had. But in order for me to have done it, I would have had to conspire with this relative to take advantage of a loophole that I never thought existed- a loophole which a representative of Azimo had explicitly told me did not exist. And how is this even possible?: which bank sends money without telling the recipient from who it comes from? This leaves us with just Azimo- and its local partner, Homesend Remittance- as the only side from which the transaction details could have gotten out.

The bottom line is this: I fell victim to a fraud who took advantage of a loophole that should never have existed. Although they are infrequent, erroneous money transfers do happen. So, when an unsuspecting individual receives money that is unassociated with a person`s name from a money transfer company, he or she is likely to return it when asked to do so by someone with as much information about the transaction as one could only expect from an insider. And how heartbreaking is it to be advised, by the very corporation that made you a victim, to ask the police for help in finding the perpetrator out of more than thirty million potential suspects? Thank goodness it is not a matter of life and death: grandma only needs to wait just a little bit longer.

"Following the publication of this article, Azimo has refunded the author the full amount stolen. According to the company, an investigation involving the local mobile wallet operator in Ghana has been launched and they insist the transaction details used by the scammer did not originate from them.”