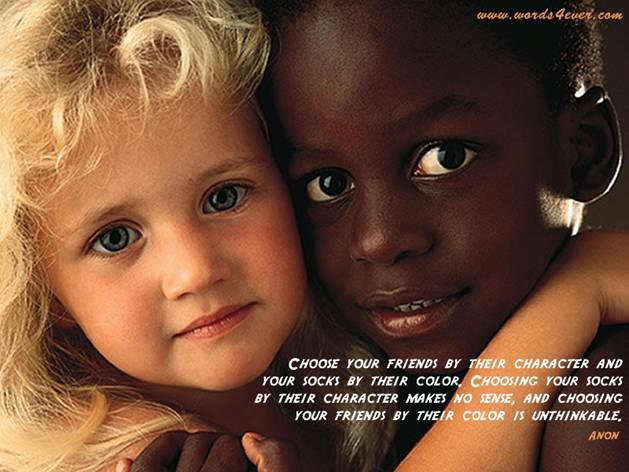 A recent Rasmussen poll found that more Americans by a wide margin think blacks are more racist than whites. This also included a significant percent of blacks who according to Rasmussen said that they consider more blacks racist than whites or Hispanics. The poll was sloughed off, mocked, and skewered by some.

But many can and should quibble with the methodology. It was done through a telephone survey and the sample was 1,000 respondents. But the question is how did pollsters define and determine what is "racist"? Still, its conclusion may have some validity. For three decades, the steady drumbeat has been that the avalanche of civil rights and voting rights laws, state and local bars against discrimination, and affirmative action programs has permanently crumbled the nation's historic racial barriers. The parade of top black appointed and elected officials, including one president, the legions of black mega millionaire CEOs, athletes, entertainers, and the household names of blacks from Oprah to Bob Johnson is repeatedly waved as convincing proof of that.

The ferocious assault by high profile black conservatives, with a certain Supreme Court justice leading the way, have sold millions of Americans that everything from historic voting rights protections to affirmative action are relics of a long by-gone racist past and should be summarily dumped in the historic dust bin. They haven't stopped at that. They've even sold a wide body of the public that to continue to fight for these supposedly unnecessary relics is just a self-serving, greedy grab by the much rivaled "civil rights establishment" to protect its racial turf, and feather its own nest. Those hurt most by this are blacks who they supposedly mire in a semi-permanent state of dependency and entitlement trap.

It matters little that every objective study and survey for the past two decades has consistently shown the gaping racial disparities in health care, education spending, the criminal justice system, employment, the wealth gap, and poverty between blacks and whites has either stagnated or widened. Or that blacks are still largely the invisible men and women in executive management spots at the Fortune 500 corporations. It matters even less that the textbook definition of racism explicitly means not just an individual's thinking or expressing racially skewed bias and animus toward another group, but having the actual power to exert control and dominance through the mechanisms of law, public policy, and economic dominance over that group. This is the defining point between an individual's personal prejudices, and there are few individuals who don't harbor some personal prejudice toward another group, and having the actual power to exercise that prejudice against another group that is deliberately missed or distorted in the futile exercise of trying to say who is a racist and what makes them a racist.

The entrenched notion, however, is that if you're black, poor, uneducated, or locked in a prison cell, don't blame social, political or economic iniquities, in short, don't scream race -- blame yourself. This does two things: it provides social and psychic comfort to those individuals who think that they're bigotry-free, and can finger point blacks as eternal racial crybabies who love to scream racism at every slight or failure. They also pound civil rights leaders for eternally playing the race card on every supposedly imagined or trumped up racial malfeasance.

But the far more insidious thing than accusing blacks of being America's top bigots is that it makes it much easier to ignore or outright assail laws, statutes, policies and initiatives that were hard fought over to put on the books to protect rights and eliminate discrimination. This ploy was on full display in the Supreme Court debate over the key provisions of the Voting Rights Act that for decades mandated Justice Department approval to prevent registrars in targeted Southern and Southwestern states from using every tact to damp down black and Hispanic votes. It was on display and in the ancient court and public debate over affirmative action which has long been encased in public thinking, as "reverse discrimination." The real victims of this supposed discrimination are not blacks, Hispanics or women, but white males. This was amply borne out in a Rasmussen poll in May that found only 25 percent of Americans favored affirmative action as part of college admission policies.

The Supreme Court almost certainly will hear yet another affirmative action related case at a future date. And there is talk among some Democrats that Congress should pass some measures to restore the protections that the Court gutted in its decision on the Voting Rights Act. Unfortunately, these polls give those who oppose any more rights initiatives be it court, congressional or from the private sector further ammunition to argue that America has reached a racial nirvana and nothing more need be done to protect or further safeguard racial gains. And the only ones screaming for that to happen are blacks. But then again that's only to be expected since so many blacks are "racist" anyway.

Earl Ofari Hutchinson is an author and political analyst. His new ebook is America on Trial: The Slaying of Trayvon Martin (Amazon). He is an associate editor of New America Media. He is a weekly co-host of the Al Sharpton Show on American Urban Radio Network. He is the host of the weekly Hutchinson Report on KTYM 1460 AM Radio Los Angeles and KPFK-Radio and the Pacifica Network.