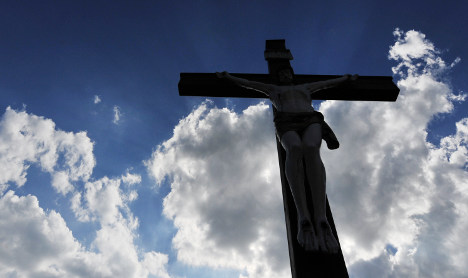 I want to begin with by defining a few terms that might be instructive in appreciating the objective of this article. Referring to "church" I am thinking about both the person as a believer and the corporate entity; and so both individuals and the corporate body have a responsibility to participate in the political field.
In the following explanations and opinions I do not, however, make fine distinctions here. Referring to "politics" I am thinking about all the actions and events relating to governing, administrative and regulatory in the managing and of building a just civil society.I acknowledge the limitations of these definitions.

It is important and needs to be made clear, that I am writing from a theological point as a person who is an expert on theology, although my writing concerns issues on political, ethical and legal structures.Correspondingly, what is the role of the church in politics? To begin with, the church needs to be aware of the fact that it does have a role.

The need to illustrate this line of reasoning for instance is that, many Christians grapple with the church's involvement in socio-political-economic issues.In spite of that, Scripture and history without a doubt provide for the church's position in these concerns. We read of Daniel, becomes a leader in Babylon, whilst Amos and other prophets speak concerning political and social matters in Israel, Judah and the nearby nations.
The same can be attested of both John the Baptist and Jesus, as the made reference about the political sects of their day.We read in both the Old and New Testament where God's representatives voice disapproval against abuse of political power and sought just use of power. Allegorically, this surely, is what in essence "salt and light" stand for.
As a result participation in politics does not take the edge off from spirituality; as a matter of fact a spirituality that is not linked to politics is open to discussion.Next, I am persuaded that the primary involvement of the church with regards politics is because of its prophetic ministry. "Prophetic" here refers to, speaking about policy, structure, or issues in the name of God and Christ, or on behalf of humanity in general or of a community in particular.
Reverend Martin Luther King, of Baptist and Anglican bishops David Russell and Desmond Tutu are enduring examples of this, and keeping an eye on, I believe, the prophetic arrangement in the Old Testament. This is distinct to the "prophetic word" that is contemporary - different in import, not better or worse.
The church has a set of moral norms and it has illustrations in Scripture and in history of how these norms have been used.The prophetic role is seen in the application of relevant moral norms to the current political disquiet of the day. For this reason, the church needs to continue engaging with government on justice, corruption, leadership, economic debt, housing, education, health care, safety and security, policy, and whatever else is morally important.

Further, the church needs to be saying "yes" as well as "no" to governmental promises and policies.Referring to "no" I am thinking about standing up fiercely and clearly in opposition to wrongdoing, corruption, or anything, also regarded as not providing morally useful knowledge or information that benefits society.

With regards to "Yes" supports commitments to fulfill promises made and to make sincere efforts to control crime, to make education genuinely a prime object for development, providing health care within reach and extensive - not below standard.Government and taking account of local government should consider how it spends money in areas considered priorities.

We know the case of PURC authority which has raised rates by a substantial percentage. In the budget labor costs of the utilities services (salaries etc) took about 70% of income. Senior officials' salaries take a sizeable portion of that.And in the same breath citizens are been informed that services would be erratic due to inadequate funding.
Along these lines the question needs to be asked: Who in actual fact is benefiting, the people or the officials? In this sort of state of affairs, it is difficult for individuals to change much. However, the body corporate referring to the Church can be effective by presenting strong representation at the highest levels to bring about just and equitable rate increases together with reasonable service expectations.
It should be convincingly clear that the church's position and responsibility in politics is an ethical one. I am not concerned here with party politics which is often times partisan, even though I concede that individual Christians who are members to parties of their choice will make use of ethics within the structure of their party's policies.
I think of ethics as a manifestation of God's responsiveness for humanity: God's eagerness for the best for creation, as it further mirrors the "image of God" in humanity. Actuating that all humanity is made in the image of God in one way or other, in that case, human must seek the best for each other.Public leaders, in that case, are to work for the advancement of their communities.
Such concern in Ghana is rare today and such has never been really evident.The reason is due to unlawful activity and self-centeredness. And now codes of conduct are being produced in various quarters to give guidance for public morality.
Recently we were told that a seminar was held at Peduase Lodge to have a code for the government and its appointees.One cannot, to my mind, formulate policy or structure society without having the checks and balances to deal with the pervasive and corrupting elements of selfishness.For this reason law is necessary; a bill of rights is important (what about a formal bill of responsibilities?); a constitution is critical; codes of conduct obviously is imperative.

However, laws, bills of rights, codes of conduct, constitutions - including the Bible, cannot guarantee transformation or even the so-called change.There has to be a will to want to act. And this relates to hope.
For people to want change, motivation is needed. That's why those ethicists who lay emphasis on "responsibility" call attention to the value of integrity now, for these influences the future. Therefore, it is for this reason that certain persons who were part of the "struggle" to see Ghana become a true democracy are now disillusioned about the country as they sense no hope - or very little, for the future.This hopelessness is rooted deeply in disillusionment in the present.

I think for this despondency to change, leaders, including political leaders, have to voluntarily impose upon themselves limits and restrictions, sacrifice more and exercise self-denial as visible demonstrations of their commitment to the future.The future can be worth looking forward to when, among other things, one is secure in job, home and bank balance.
The future is said to be dark and distasteful if one is poor, homeless, jobless or unsure of one’s self and always in a panic mood.Principled leaders lead a nation into responsible accomplishment, and that, it is its accountability actions that honors principle, enabling others to understand and appreciate it.

For instance: the principle of economic security produce job creation. On the contrary if education and crime prevention are not enough, economic security is affected negatively. Creating vicious circle is with little or nothing done to produce meaningful life in the land.Recent events in the country alone prove this with the raising of taxes and cost of utility services, unbearable tuition and boarding fees which confronts parents and guardians.

The question mark, what is the role of the church? The Church has to speak and act; we have to take on government on moral provisions, not on convenience or be seen as interfering. The need for Christians in the political precinct has to pledge themselves to honesty and integrity in all spheres of their lives to demonstrate that following Jesus bring about success.Lastly, the church, as institution, need to have knowledgeable lobbyists within government structures to inform and be informed about the concerns of the day.

It must be seen as a profitable project, not a costly luxury.The Catholic Church and Bishop Conference have gone this route with their outspoken concerns for the ordinary people - to our great benefit.As a final point: the Church's role or position and responsibility in politics are to be seen distinctly in the environment of political policy expressions.The Church has to be prophetic, speaking for God.