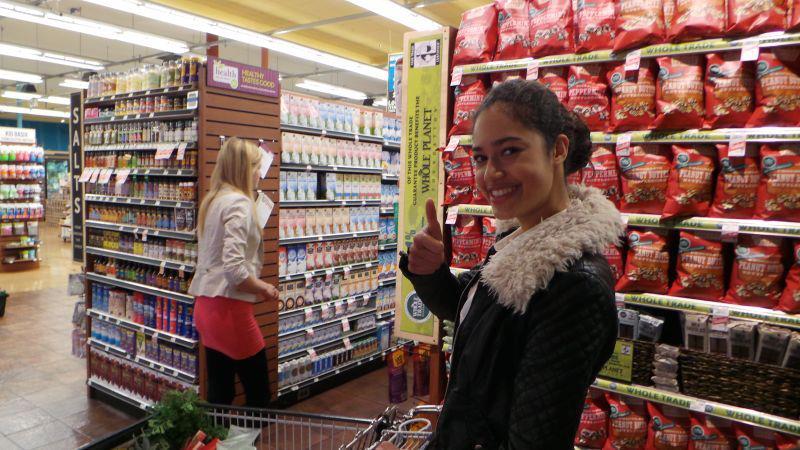 This is for most of you out there who dont know it yet. On May 30th,2013, Lovelyn Enebechi, a 16yr old German-Nigerian teenager, who leaves in Poppenbüttel (a subburb in Hamburg, Germany) won Heide Klum's Germany's Next Top Model.

The 16 year who attends Heinrich-Heine-Gymnasium(Heinrich-Heine-High School) in Poppenbüttel beat 19 other finalists to win the 2013 edition of Germany's Next Top Model. She loves to dance, go jogging and playing basketball on fridays with her friends.
The reality show which was hosted by supermodel,Heidi Klum,was interrupted by two topless women who stormed the stage when the result was being announced. They were protesting against the fact that such shows put enormous burdens on young women.

After being declared winner, Lovelyn stated that she had been working towards that moment for a very long time.
“Your positive nature has inspired us – and your performance as well,” said Heidi Klum of the 16-year old on “Germany’s Next Top Model” in 2013.
PSY, Robin Thicke, and Bruno Mars performed during the show at the SAP Arena in Mannheim, Germany

Topafric congratulates her and wishes her all the best.