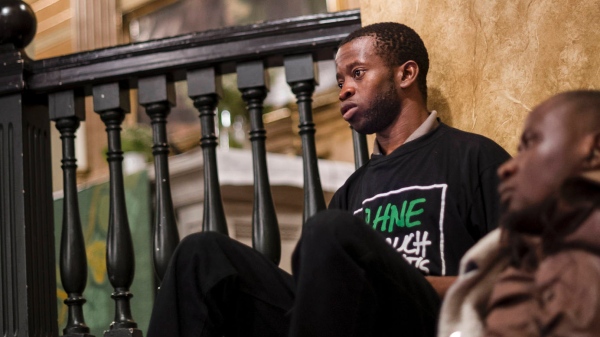 The mayor of Hamburg, Olaf Schulz said that the African asylum seekers have no future and perspective in Hamburg.

Now Pastor Sieghard Wilm (47) from St Pauli church, who has granted about 70 men Asylum in his church, took to his own initiative and started making a St Pauli ID cards for the Asylum seekers. The ID cards are supposed to function as an alternative to a passport.

One of the asylum seekers, with the cards told NDR “one day, six of us were at St Pauli and the police controlled us, but when we showed them our St Pauli cards they left us alone”. One can say that the cards are indeed effective, but Hamburg’s police spokesman said “the pseudo-identity cards are of no relevance to the police, and they can never replace a passport”.  So the question now is who is fooling who?

Can’t Asylum Seekers be treated as normal human beings and with some dignity?

We from TopAfric say that no HUMAN BEING is Illegal!