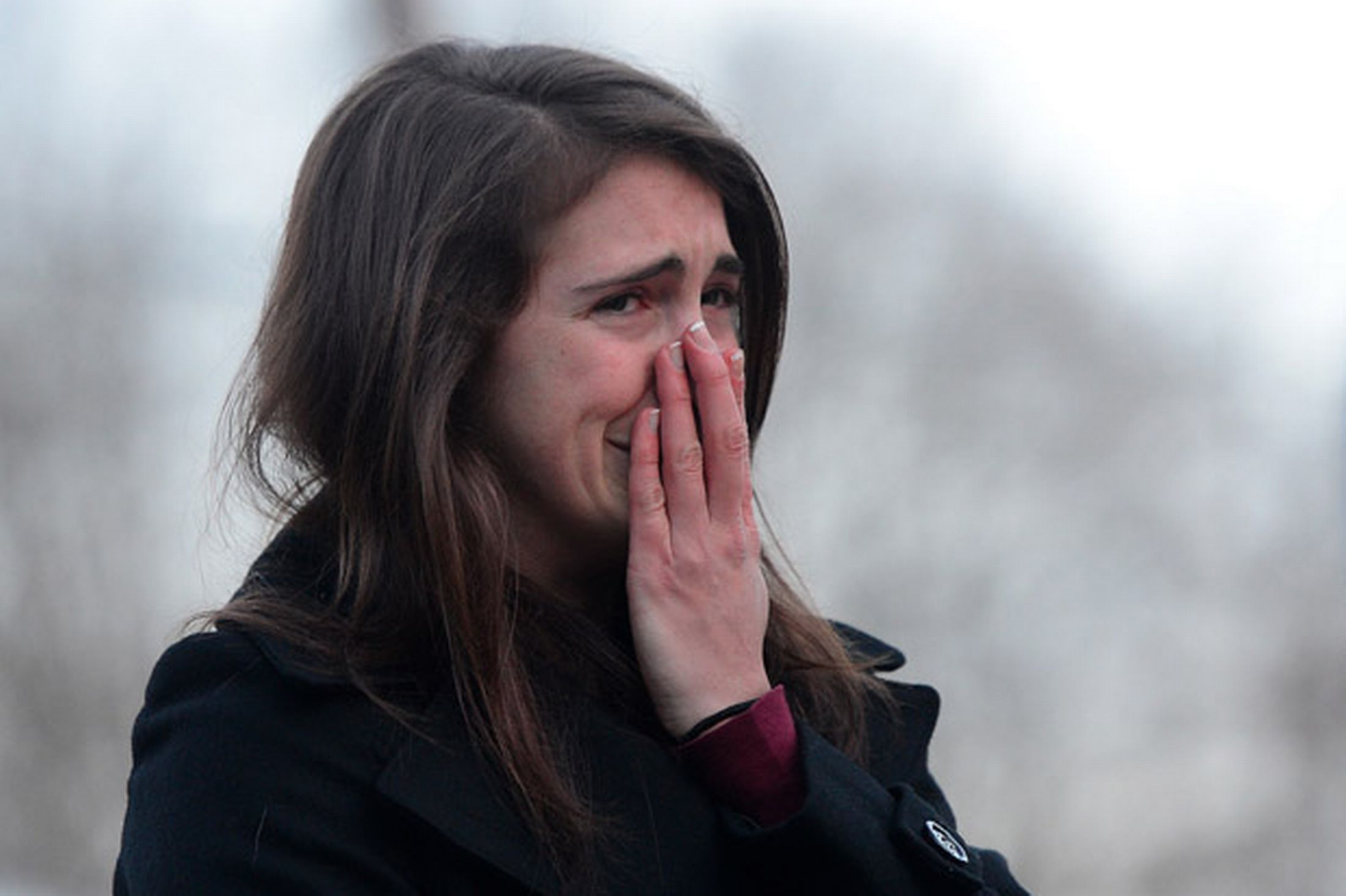 The man behind the massacre was taught to shoot by his mum Nancy, an avid gun collector who possessed five legally-registered firearms

The gunman in the US elementary school massacre was a painfully shy loner who suffered from autism, it was revealed yesterday.

It also emerged that Adam Lanza was taught to shoot by his mum Nancy, an avid gun collector who possessed five legally-registered firearms.

Lanza, 20, described by friends as a “nerd”, a “genius” and a “Goth”, spent his school days doing everything he could to avoid attention.

But on Friday morning he became one of America’s most infamous mass killers. After blasting his mum in the face he drove to Sandy Hook School in Newtown, Connecticut, where she was a teacher, and embarked on his rampage before shooting himself dead.

Yesterday police radio recordings revealed that the killing spree, which claimed the lives of 20 children aged around six, and six adults, at the school, was over in a matter of minutes.

And US TV said that the day before the massacre Lanza had had an “altercation” with four teachers. He went on to kill three of them. The fourth, who was not at school on Friday, was being interviewed by police yesterday.

It is thought that the break-up of his parents’ marriage seriously affected Lanza. And his relationship with his brother Ryan, 24, was so strained they hadn’t spoken in two years.

Neighbour, Ryan Kraft, 25, said Lanza was prone to extreme moods and his parents’ separation had hit him and his brother hard.

“He would have tantrums,” said Mr Kraft. “They were much more than the average kid. The kids seemed really depressed by the break-up.”

Former classmates yesterday told how Lanza found it so painful to speak he would spit out his words. He would sit close to the door of his English class so he could easily slip out. Olivia DeVivo, now a university student, said she remembered hearing him talking about aliens and “blowing things up”.
Following the massacre, she spoke to friends back in Newtown. “They weren’t surprised,” she said. “They said he always seemed like he was someone who was capable of that because he just didn’t really connect with our high school. I think he went so unnoticed that people didn’t even stop to realise that maybe there’s actually something else going on... maybe he needs some kind of mental help. ”

Matt Baier, another university student, recalled how uncomfortable Lanza had been in social situations. He said they had been told he had Asperger’s syndrome, a milder form of autism.

“It’s not like people picked on him for it,” said Matt. “From what I saw, people let him be.”

Mother-of-one Kathryn Urso said her son described Lanza as a Goth who was very thin and “remote”. She said: “He wore black clothing and his face was white. He and his brother hung around with a weird little gang.”

Lanza’s aunt Marsha Lanza said he was raised by kind, nurturing parents who would not have hesitated to seek mental health help for him if he had needed it. She said: “If her son had needed counselling, Nancy wasn’t one to deny reality.”

Lanza shot Nancy before heading to the school carrying his brother Ryan’s ID. Ryan was at work when he saw the TV news mistakenly reporting that HE had killed 30 people at an elementary school in Connecticut.

Ryan told his boss at Ernst and Young: “I need to go,” then walked out of the office in New York’s Times Square.

Thirty minutes later, New York police stormed the office. Between leaving the office and being taken in for questioning, Ryan defended himself in a series of angry Facebook posts.

At that point he seemed unaware that his brother had gunned down his mother, 20 children and six adults before taking his own life.

“Everyone shut the f*** up it wasn’t me,” he insisted on his Facebook page on Friday. “I’m on the bus home now it wasn’t me. IT WASN’T ME I WAS AT WORK IT WASN’T ME.”
Brett Wilshe, a friend of Ryan’s, said that he’d sent him a Facebook message on Friday asking what was going on and if he was all right. According to Brett, Ryan said: “It was my brother. I think my mother is dead. Oh my God.”

It emerged last night that two days before the massacre Lanza tried to buy a rifle at a store in Danbury, Conneticut. But he was barred because the state has a waiting period for gun sales.

Dan Holmes, owner of a landscaping firm, revealed that is was mum Nancy who taught her sons to shoot.

“She said she would often go target shooting with her kids. She took her two sons to the gun ranges quite a lot to practise their aim.

“She was a really great shot from what she told me. Nancy had an extensive gun collection, which she was really quite proud of.”

Dan recalled how once she’d showed him a high-end rifle she owned, adding: “She loved her guns.” Weapons belonging to Nancy, including a Glock and a Sig Sauer, both pistols, and a .223 caliber rifle, were found at the school.

After his parents’ divorce in 2008, Lanza’s father Peter, a tax executive, moved to Stamford, and in January 2011 married a librarian.

His mother Nancy kept their home in Newtown, a city once listed as the fifth safest in America, in a prosperous enclave five miles from the school.

Meanwhile, Newtown’s Superintendent of Schools Janet Robinson said last night that Nancy was not a full-time staff member at Sandy Hook school and she had personally never met her.